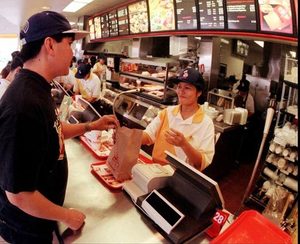 I remember working for a fast-food chain back in the late 80’s. I started out as a management trainee and was given by other managers the usual seniority crap. This meant them giving me the shifts that other managers did not want to take.  I didn’t mind this as I was young and energetic and wanted to prove so many things to myself. And so much so that I did certain things I am proud of to this day. I was close to the crew and since all of them were a lot younger, I treated them like brothers and sisters. Here are some lessons on Handling Personnel Problems, I hope some of you might learn something from.

There was this front-line cashier manning one of the cash registers. I noticed that every time she would finish her shift and count her cash register money, the “senior cashier” would always berate her because her totals were wrong and would ask her to do a re-count.

Poor little cashier, would take forever counting and re-counting because the attitude of the “senior cashier” rattled her more.  In a sense, I felt her frustrations and lack of self-confidence. And wished there were something I could do to help her.

One time, the “senior cashier” had to go on a weeks-long leave. And I was assigned temporarily to take her position, in addition to all my other tasks. The first time the cashier brought her computations to me were, naturally, all wrong. So I told her to take her time counting the money, I wouldn’t mind waiting on her, just so long she gets it right. So she took her time and got it right. For the whole week she didn’t get scolded or get told off, I could sense her self-confidence building up. And she was coming to enjoy her work more. After the week passed, and I turned over all the cashiers back to the “senior cashier”. She was surprised at the improvements this particular cashier made as the cashier would take just a short-time counting the money, and would come back with a balanced total.

Part of the perks for the guys working at the franchise was the “basketball tournament”. So naturally, when there was a game, they would get the best of work schedules given by one of the senior managers in charge of manpower. This was true only until the end of the tournament which they won the first or second place.

Anyway, after the tournament, it was back to normal scheduling. The players, which comprised more than half of the crew from the pantry, to dining, to the stockman all returned to work normally. The problem arose when one or two of those players, had some emergencies and were requesting for change of shifts or rescheduling of shifts temporarily. The manager in charge wouldn’t and probably couldn’t give them what they requested and answered them in a not so watered down type of a response.

The players felt somehow slighted and their sentiments were negative. In one of their employee huddles, they talked about this issue and as young as they were, came with the consensus that management used them by luring them into playing for the branch with schedules of their choices. But when things were back to normal. They couldn’t even get some considerations.

Since I was close to them, I happened to eavesdrop upon their plans of a “Mass Resignation”.  A “Mass resignation” is not one thing to take lightly. This meant that every single lot of them would resign. And for the store to remain operational, all the managers would step down and take all of their places and run the store themselves.

I was in a quandary, as the crew were also my friends, but then again, I was also part of management. Being close to the crew and telling the manpower manager their plans would mean betraying them. But not also telling any of the managers the situation would mean me not being a manager. So I had to think of what to do and fast.

There was one manager, the kitchen manager, with whom all of the staff were also happy with, she was a senior manager that I was also comfortable with. And so, I confided the situation with her, in order to stave off any “Mass Resignations”. The great thing about this manager, and unlike most of the other managers, she treated every single crew member fairly. Even if they were not in her department.

We both decided to act on this quietly, by her calling each one of the crew, and talking with them. We tried to pacify their emotions. She never once did act like the way the other managers did. And the crew appreciated it so much, that they decided not to pursue their mass action.

One day, I was in charge of dining and dining included the areas of the utility room and the customer’s comfort room (wash closet). Our branch was located was in a middle class to the rich neighborhood. You could tell that most of the crew had come from well to do families. The problem with their breeding is that there were a few things these blokes would not do especially in the areas of toilets.

Well, part of my duties was to inspect the toilets and on one particular day, the toilets were “used and soiled”. I told the crew to take his cleaning instruments and wipe-clean the toilets.

The crew wouldn’t budge, so to lead by example I told him to give me his cleaning stuff and did the cleaning right in front of him.

I guess I showed him, because days after, he would do it by himself. And I had to give him a clean rating thereafter. 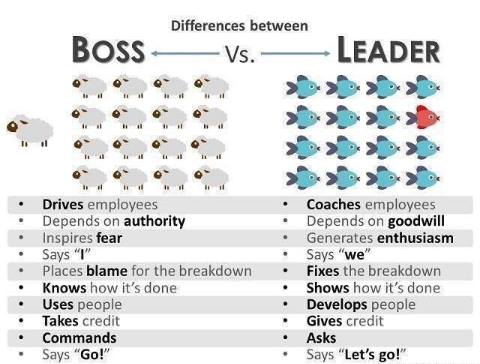 Topics on the management of people can never be found in books. And these can never be taught in schools. As not everyone acts or reacts, in the same way, all the time. Just like the saying “different folks, different strokes”, we need to take each situation and handle it differently. What should always be constant, though, is we should treat each one as objectively and as fairly as we can. The end results may not always be the same. And not all results may end up with happy parties.

Alphonse is a marketing person by profession and started his life's career in sales. He is an alumnus of De La Salle University in Manila with a Bachelor of Science degree in Marketing Management.