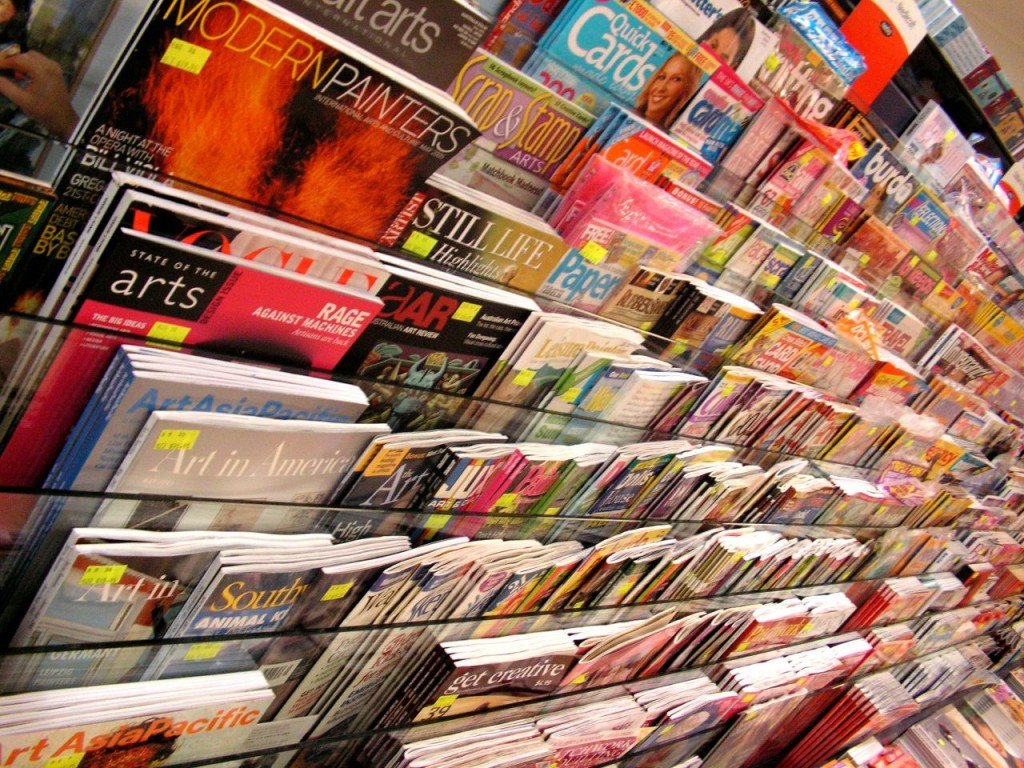 Ever wondered how magazines, song books with chords, and other publications get to your favorite magazine stand?  These items together with broadsheets or tabloids get delivered somehow, but who?


Newspapers get delivered hot off the presses by the newspaper company themselves. Magazine distributors, on the other hand, are a different type of breed. For those who might be interested in this kind of business, below is a general idea of how and when to start a magazine business.  This is based on our experience during the late 1999’s. Some items may have changed over time but you’ll get a general idea.

Searching for a Publication House

First off, one would need to do some research as to which publications have read-worthy publications. A great candidate would be one that lacks the network to distribute.  Some publications would ask for a check as a bond. While others might ask for a cash bond or some might work based on trust and/or references.

The earnings for a publication would depend on the margin that the publisher will offer. In most cases, these are based on volume or based on a fixed rate across all of their publications.  Terms of payment could be every week or every two weeks, this part is totally up to your agreement. Margins could be in the areas of 10 to 20% of the selling price of the publication.

A publication (as an example) costs P 100 and the margin given by the publications is 20%. You would need to play around with this figure as you need to give your newsstands some earnings for them to sell for you. I used to halve earnings, if it were 20% total, I would take 10% for me and 10% for the newsstand.  This means that for every magazine that gets sold you would earn P10 and the amount you need to remit is P80. If, through your network, you get to sell 100 copies that are a clean P 1,000 in earnings for you.

Assuming you earn P1,000 per magazine. If you had 5 difference types of magazine, then your potential earning @100 each in quantity would be P5,000.

How big a network you want to establish depends on the efforts you plan to give this venture and how much you would want to earn. When I started with my network back in the late 90’s, I initially worked my way going through all newspaper stands I could see within my area, in Cubao, Quezon City. And built it up until my territory covered Olongapo city in the North down to Sariyaya, Quezon Down south.  This covered major towns and cities in between, some of them: Dinalupihan Bataan, some towns in Bulacan, Valenzuela, City of Manila, Batangas city.

In some areas, I was the first to distribute the publications I carried in some there were some competitors getting from the same place I did.  I used my own personal car to move around, at each time I would lug around some 2,000 to 3,000 assortment of magazines. This was very taxing on my car as that much paper inside your car weights more than 3 big people. I busted both my rear shock-absorbers and most rubber bushings.

In places, where I had major competitors, competitors being those that carried the same items I distributed, I tried to be as respectful as I could, even without seeing them personally.  I would tell the newspaper stands to always make their current supplier their priority.  In case these suppliers would run out, then that is the time they could call me to bring them some.  So far, this formula of mine worked out and I never heard anything, any threats, nothing from competitors.

This is the hard part, and the reason I had to go out to the provinces, were that generally, once a newsstand in manila fails to pay, they come up with so many different reasons to not pay you anymore. But in the provinces, people still valued their reputations.

In this business, nobody pays you cash, well except of course for those shady type of publications like pornography which I never even thought of getting myself into.  The style of distributing and collecting would range from daily to weekly.  Of course, when we say collections, we are referring to sold magazines. The problem with a great number of newsstand operators within metro manila is that if you miss one collection and they spend the money they allocate for paying you, they will spend or pay it with their other creditors. In other words, if you missed your chance to collect, that is the beginning of the end of days.

Sample account for me was a collection journal as shown below:

and a transaction journal to show newsstands on how much was delivered, collected and returned. They should sign on the last column.

In the meantime, a Magazine Distribution Business is a time-consuming business.  This, however, takes you out and makes you go places, up to how far is totally up to you.  You would need to be a people person, you would need the patience of the most patient person on earth. If you own a vehicle and plan to use it like I did. Be prepared to have extraordinary vehicle repairs for your shocks and under car parts.  It was for me a very enjoyable business. In most cases, newsstand would pay you in coins, and you could just imagine a whole pail of coins.

Alphonse is a marketing person by profession and started his life's career in sales. He is an alumnus of De La Salle University in Manila with a Bachelor of Science degree in Marketing Management.

The global pandemic may be coming to an end shortly, thanks to widespread immunizations. Small…

Mixing and Matching Products to create a new product
After a lot of thought, I said to myself: "The internet is a great tool for marketing businesses, reaching great distances with such little effort and investment." But the internet at that time was all "dial-ups". This was the time Google was not yet known and yahoo was the only major search engine.
Facebook Shop
Selling online in the Philippines is not really new, people have been selling using multiply.com, sulit.com.ph(currently olx.com.ph), instagram.com and so many other sites.
Business Opportunities
Business Opportunities offer an affordable business depending on your preferred mode Build-Operate Business, Co-Ownership, Dealership, Reseller, Retail, Vending and Direct Sales.