Remember how excited you were when you launched your new venture? You have this incredible idea and nothing was going to stop you. The venture you put up was going to be a game-changer … and then you took a fall. How does it feel to come crashing down with all thoughts of making it big vanishing into thin air? I would be ecstatic if it were me who failed. I am proud to say that my past failures have brought me immense joy and uncontained excitement.

“There is one quality which one must possess to win, and that is definiteness of purpose, the knowledge of what one wants, and a burning desire to possess it.” – Napoleon Hill

There is this entrepreneur who founded a remarkable company, gained celebrity-like status and was ousted by the company he built.

“That entrepreneur is a fool,” I’d say.

It turns out this entrepreneur was no ordinary fool. Steve Jobs returned to Apple years later at a time when the company was about to fold and turned it around. Apple has since become the most recognizable brand in the world today.

It’s neither destiny nor fate. It’s Steve’s burning desire to create some of the most remarkable products the world has ever seen that made him one of the most successful entrepreneurs of all time.

Only a fool would think of failure as a step towards success. 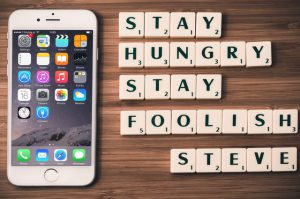 Teachers are educators and motivators and I personally have great respect for them. Now, if there is a boy whom a teacher would dismiss as being too stupid to learn anything, then that boy must really be stupid.

And stupid this boy was, who managed to keep failing and failing. Fail once; maybe it’s bad luck. Fail twice; maybe the next time would be better. Fail thousands of times, you really are stupid. 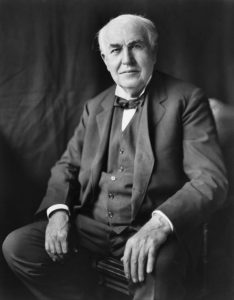 “I speak without exaggeration when I say that I have constructed three thousand different theories in connection with the electric light, each one of them reasonable and apparently to be true,” Thomas Edison says in an 1890 interview with Harper Magazine. “Yet only in two cases did my experiments prove the truth of my theory.”

“Isn’t it a shame that with the tremendous amount of work you have done you haven’t been able to get any results?” Walter S. Mallory asked Thomas Edison when he learned that after over 9,000 experiments, Thomas has not had success devising a new type of battery storage. “Results! Why, man, I have gotten lots of results! I know several thousand things that won’t work!” Thomas told his friend.

For someone to keep persevering after thousands of failed experiments, that has to be stupidity. Only someone as stupid as Thomas Edison could have possibly held 2,332 patents worldwide (1,093 in the United States).

Only the stupid would keep on persevering.

If you were given a contract to play basketball and you missed 9,000 shots, lose nearly 300 games including missing 26 game-winning shots, what are you? It would be blasphemy to mention your name in the same sentence with the greatest basketball of all time. It’s just that all those misses and losses were made by Michael Jordan.

Are you familiar with Gordon Ramsay’s Hell’s Kitchen? Through more than ten seasons, Gordon must have asked over a hundred different contenders if they could bounce back from a horrible performance. “Yes, Chef,” each one of them replied. Only a few did bounce back.

It’s far too easy to say the right things. What’s hard is in doing. I’d like to think that there are many people who failed because they did not do what needs to be done – and I am one of those people. 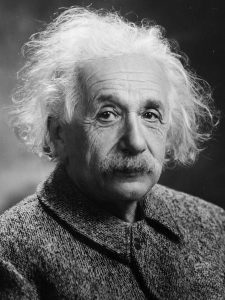 I cannot possibly count the number of opportunities I let slip away because I feared to fail again. It took a while for me to understand that failing is learning. “Anyone who has never made a mistake has never tried anything new,” says Albert Einstein.

Again and again, I failed. “What am I doing wrong?” I asked myself. “I have learned from my past mistakes, and still I keep failing.”

One of the greatest minds in mankind had something to say about this too, “Insanity is doing the same thing over and over again expecting different results.” I had been doing different businesses, but the one thing that did not change was I. How can I change the results I wanted if I was unwilling to change myself?

It’s fair to say I am in the company of remarkable people. People who have failed again and again, and then succeeded. How does one become successful?

It begins with knowing one’s self. How can we change ourselves if we do not know ourselves? It’s the willingness to self-assess that allows us to identify our habits that cause us to keep failing.

I took on the path of self-discovery and along the way, learned who I am and what stops me. It was hard to admit to shortcomings, but when I did, it was liberating. As Winston Churchill once said, “Success is stumbling from failure to failure with no loss of enthusiasm,” I see obstacles and challenges in my journey with a new and positive perspective.

I choose to be the fool, who refused to listen to people telling me why I would fail, is stupid in persevering, and the loser who keeps learning.

Sections
Be Informed
We respect your privacy that is why we do not intend to sell or share your information.
Copyright © 2016 - 2020 Entrep.ph - All Rights Reserved.
Site Map
Back To Top
×